Race: The Power of an Illusion 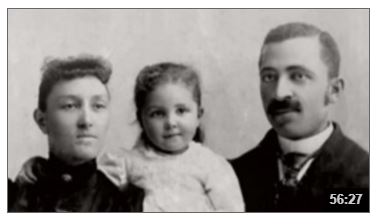 This program argues that the idea of race was developed and reinforced through politics, economics, and culture. Real estate practices as well as federal regulations kept new neighborhoods segregated after World War II, and it was the white families awarded mortgages whose assets accumulated, creating a legacy of opportunity for their children and grandchildren. With the starting line for the next generation drawn at different points on the field, the racial divide could only grow larger. Part of the California Newsreel series: Race: The Power of an Illusion.

(NOTE: You may be prompted to log in using your Net-ID)

A brief explanation of system racism, its effects, and what you can do about it.

How to Raise a Black Son In America

As kids, we all get advice from parents and teachers that seems strange, even confusing. This was crystallized one night for a young Clint Smith, who was playing with water guns in a dark parking lot with his white friends. In a heartfelt piece, the poet paints the scene of his father's furious and fearful response.

The Danger of a Single Story

Novelist Chimamanda Adichie tells the story of how she found her authentic cultural voice -- and warns that if we hear only a single story about another person or country, we risk a critical misunderstanding.

The Difference Between Being "Not Racist" and Antiracist

Author and historian Ibram X. Kendi defines the transformative concept of antiracism to help us more clearly recognize, take responsibility for and reject prejudices in our public policies, workplaces and personal beliefs.

Director Ava DuVernay's examination of the U.S. prison system looks at how the country's history of racial inequality drives the high rate of incarceration in America. This film won Best Documentary at the Emmys, the BAFTAs, and the NAACP Image Awards.

TV-MA For mature audiences. May not be suitable for ages 17 and under.